For the past few decades, it has been my delight to explore the subject of 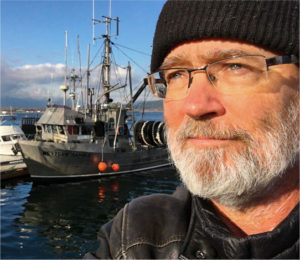 wooden boats through my drawings in India ink and conte chalks. I see it as a place where the subject matter harmonizes well with my preferred techniques. Many of my drawings were created in the late 80’s and early 90’s, during sketching trips to the many marinas around the coastline of Vancouver Island. This body of work has been stored away in drawers in dark basements and has rarely seen the light of day for the last 30 years. Having recently retired to the Cowichan Valley, it feels as though I am returning these drawings to their rightful home where they may be released to the world from which they came. 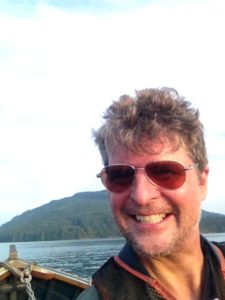 Birkin has been a Maple Bay Peninsula resident for 20 years and a professional artist for 30 years with works held in public and private collections worldwide. His paintings are a collection of works inspired by local and exotic visions he’s had over the years. Growing up along the seaside in Roberts Creek instilled in him a lifelong love of the sea, and his city seaside scenes reflect his sojourn living along Beach Avenue in Vancouver.

Winters in Mexico led to a large series of works inspired by the seaside towns of Mexico, exhibited in a solo exhibition at the Richmond Art Gallery in 1994. Birkin recently revisited Mexico and painted a show in Puerto Vallarta in March 2016.

Sansum Narrows became his seaside home in 1996. The jewel in the rough coastline, swift currents, and steady breezes are the present source of his creative juices.

Sharron studied art and history at the University of Saskatchewan and Victoria and has been deeply influenced by Post Impressionism and the vision of Canada as developed by the Group of Seven. END_OF_DOCUMENT_TOKEN_TO_BE_REPLACED

Daly’s art challenges the accepted need to find beauty in what is new. It asks the viewer to look for the inner beauty within the old and used.
The textiles she creates are labor intensive and thought provoking as they explore the relationship between yesterday’s discarded cloth and today’s philosophy of recycling.
Her hand stitching is a significant expression of her sense of personal commitment to each individual piece.
Daly holds diplomas and certificates in embroidery and design and an Associate Degree in Arts and Science from Vancouver Island University. She has received awards from BC Arts Councils and the Canada Council for the Arts. She has also exhibited two and three dimensional works with SAQA (Studio Art Quilt Associates), FAN (Fibre Art Networks) and SDA (Surface Design Association) groups. Her last exhibit “Blanket Statement – No Shame in Patches” has so far had 5 solo shows.
Daly’s works are in private and corporate collections in Australia, Canada, Japan and the USA.
Gloria S. Daly lives in the Cowichan Valley on Vancouver Island. 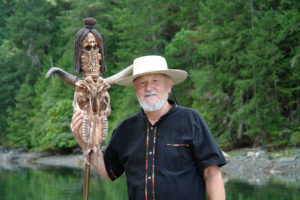 Tom Faue was born in Minneapolis, Minnesota, but has been living on Vancouver Island since 1970.  Art was always his favorite class in school, but being mainly self-taught, he considers himself an ‘Outsider Artist’.  After experimenting with painting and batik, he began carving wood in 1983.  Several of those wood pieces were eventually cast in bronze.

For the last few years, Tom has been creating assemblages using found objects.  He is always on the lookout for something he can use.  It is then stored in what he calls his ‘Library of Visual Solutions’.  A piece might sit in there for months, or even years, until a new addition or a sideways glance triggers an idea.

Tom’s work is heavily influenced by ‘primitive art’, but he looks at the entire spectrum of art history and the surprises of each new day for inspiration. 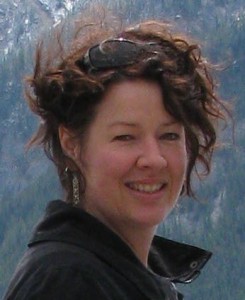 Jennifer Hedge
After finishing her studies in Fine Arts at Okanagan College, Jennifer began working full time in theatre as a scenic artist at venues such as the Vancouver Playhouse, Calgary Opera, and the Banff Centre for Continuing Education, where she was Theatre Arts Faculty for 22 years. As a result, she has gained recognition as one of the best theatre set painter in North America. This has also given her the ability to paint large, enabling the creation of bold, haunting images.
Jennifer’s main inspiration comes from nature. The impact of humanity on wild places and the creatures which inhabit those places is a recurring theme throughout much of her artwork.
“I hope that my work will remind people of the beauty that surrounds them, and that paying close attention to the details can lead to more protection for these exquisite landscapes.” 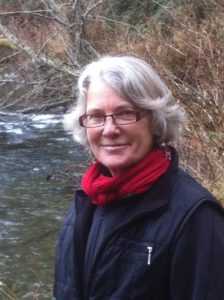 Working as an art educator in the public school system in Winnipeg, Manitoba I developed a fascination with clay and began exploring a variety of wheel throwing techniques as well as firing processes. One of my favourite methods of firing came to be raku. Since moving to Vancouver Island I have the opportunity to be fully engaged exploring this technique.

Due to interests such as kayaking, hiking and sailing the coastal waters of British Columbia my exploration of the natural world continuously enriches the inspiration of my work.

Raku firing takes place outdoors in a portable kiln where one to two pieces are fired at a time so as to take the necessary care for each piece according to the glazing requirements. This method of firing and the subsequent exposure of the clay to extreme temperature changes, a reduction atmosphere (reduced oxygen) and using different combustible materials evolve into a very intuitive process prone to desirable and undesirable effects. The immediacy of this process creates surprises in numerous ways resulting in unique and distinct pieces providing a great deal of satisfaction not only to the artist but hopefully to an appreciative audience/collector as well.

co-creator of the Shibui Gallery 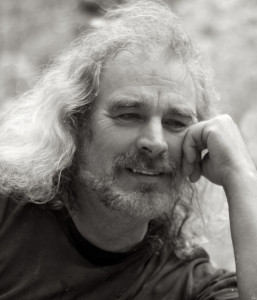 Jock is a graduate of Emily Carr University with an international reputation for large sculptural projects, primarily in bronze and stone. His vision of sculpture has been gathered from his almost 40 years as a professional artist. Many of his ideas stem from his interest in anthropology and ethnology, as well as extensive travels. These influences are often portrayed in his works, but also interspersed and blended with his love of the ocean and the West Coast topography.
In addition to creating sculpture, Jock is also an accomplished painter. In the 1990’s he was cited by Dr. Edward Gibson, Curator of the Simon Fraser University Gallery, as one of the three best watercolor artists on the West Coast (along with Toni Onley and Mark Tobey). 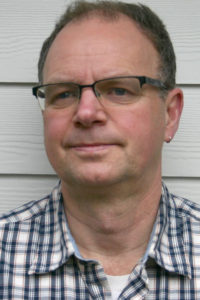 Peter Loebel was born in Munich, Germany in 1961. He currently resides in Victoria, BC and works as a full time artist and art instructor. His art work focuses on the human figure and more recently on architectural topics. All figure works are created from a model in life drawing sessions. Architectural paintings are done on location in and around Victoria and while traveling. He is a member of several art groups in Victoria such as the Al Fresco Painters and the Victoria Urban Sketchers.
Peter predominantly works with Charcoal, Conte, Nu-Pastels, ink and watercolour. He develops his drawings and watercolours from a quick gesture and finishes them on site in one session, without reworking the image later in the studio. He believes that this process, together with distinct mark-making allows him to better depict the moment. Each representation attempts to break the static condition of the subject, revealing a vibrant movement and creating a transitional snapshot.